Move over Jenga and Quick Cups. There is another stacking game in town!

The Chairs Game (also called Chair Stacking Game or Stack Chairs) is an exciting and fun game to play for people of all ages. It involves stacking tiny plastic chairs one on top of the other in a tower. Game play continues until the tower collapses. It is a fantastic game to pass the time and teach kids essential rules of non-verbal communication, balance, coordination, and strategic thinking.

In this guide, we will discuss:

The Chairs Stacking game came into the picture when stacking games like Jenga became popular in the early 1980s. Since then, board game manufacturers have started putting their little creative twists on all kinds of stacking games to add to family entertainment and game nights.

If you have played Chairs Game, then you might have realized that it isn’t the most original dexterity game you’ve played. However, the Chair Game is fun, and there is no doubt people of all ages are sure to enjoy it.

I gave this game as a gift to nieces and nephews, who have always told me how much fun they’ve had playing. My neighbor has Parkinson’s Disease, and his wife mentioned that this game helps get his hands moving- so it is a good mobility exercise.

There are different variations to the game, and we will discuss these shortly. The original stacking game consists of stacking the chairs on a board table. The player who finishes stacking all their chairs wins. 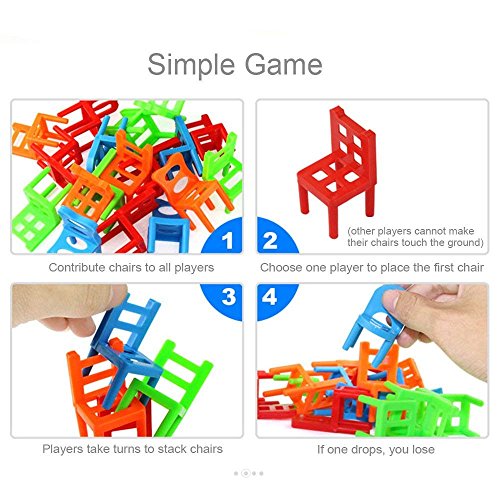 This chairs game has 18 bright and colorful chairs, each measuring around 2 inches. They are lightweight and easy to stack. This game will encourage creativity in younger kids who learn imaginative ways to stack the chairs without toppling the stack.

Let us now consider the rules of the chair game:

At our house, we use some of the following variations of the Chair Stacking Game: 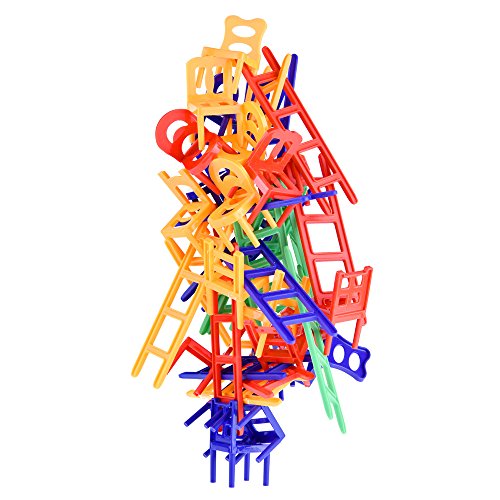 This variation has chairs and ladders for players to stack. It can have an individual play or team play. 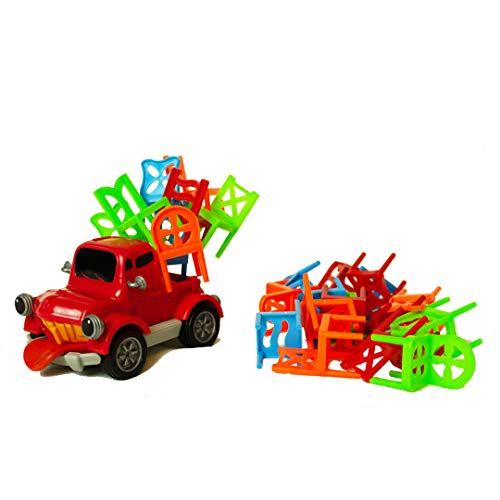 This version of Chair Game is sure to evoke tons of laughter while playing! 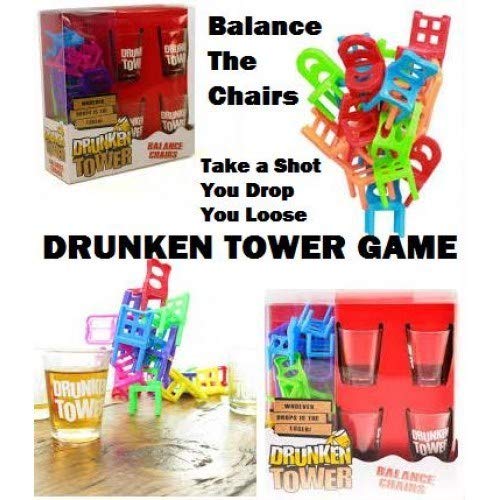 The Drunken Tower game is an adult variation of the chair stacking game.

Other Chair Games to Play At Home

This classic game is also known as Trip to Jerusalem. It is a game played worldwide, and it is estimated it may have been played for centuries.

The origins of Musical Chairs are unknown. It may have originated in Germany, where the game was called Reise Nach Jerusalem.

Do You Love Your Neighbor?

Chairs Game or Stack Chairs game is a fun way to spend a lazy afternoon or have some indoor entertainment on game night. It is fun for all ages above six years.

You can also try its variations like Stack the Chairs and Ladders or Motorized Chair Stacking Game. For adults, the Drunken Tower Chair is a lot of fun!

Below is a YouTube video showing how to play the chairs stacking game.

How to win at the Chair Game?

Use strategic thinking to stack your chair skillfully so that it won’t fall. At the same time, make sure other players won’t be able to place their chairs easily without toppling.

How do you play Drunken Tower Chair?

The game is exactly like Chair Stacking. However, whenever a player topples the stack, they have to take a sip of their (alcoholic) drink.